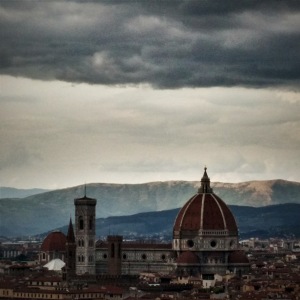 General Comment
Another pretty good month for the markets in February, compared to last year there is certainly a different pace with 2017, at least in these first two months. I think that the rollercoaster will begin soon though, Europe will go through a patch of general elections, and that it’s going to fuel instability in the Euro area, FED announced more interest rate hikes, so maybe the time has come to start buying dollars and T-Bills? Time will tell.

TR stands for Total Return (what selling everything, paying taxes and commissions and converting to euro would mean in terms of return), YoC is Yield on Cost (what my investments have returned to me via dividends/options), TER is Total Expense Ratio (commissions + taxes).
Total Return is not something I am particularly concerned about at this stage (plus it’s an estimate as I have calculated potential taxes and commissions in it), it’s highly affected by the way the market behaves especially in a young portfolio such as this one. But it’s a metric that it’s worth keeping an eye on. YoC is on the other hand more interesting to me, as that is what the PF has produced over time, my target is to reach the 2% x year net mark (by net I mean YoC-TER).

February 2017 sees the new record in terms of TR, beating December 2016 by 0.20%. I have to say that it all happened in the space of a day, because of the market’s rally on Wednsday 1st March. No complaints and let’s keep going on. Options Yield has finally surpassed dividend yield, that’s how it has to be as the risk profile is much higher, I expect this percentage to grow at a faster pace in the future, my target is to hover around 10% with the option returns. TER has risen because a first block of tax related costs (paying an accountant to do certain calculations) has hit the fund, there will be another important hike in June or September when tax returns are due.

If January was a  dreadful month, at least at the start of it, February was a much nicer one, mostly because some gridlocked positions are finally coming to their end, freeing up much needed capital gain. The result is a good 863 Euro worth of options gains, easily becoming the best month in the year so far. Options yield jumps from 2.40% to 4.58%. Dividends also played their part with a great 383.75 Euro tally, 48% increase compared to 2016. Clearly the sum of the two brings YoY comparison a bit out of scope as I wasn’t selling options one year ago, but it also shows the potential that this instrument holds.

Options Plays
Options plays are strategies that I put in play with some stocks where I want to “trap” a dividend and sell the stock immediately after. It doesn’t always work, so sometimes you get to keep the stock for a longer time.
Plays are still in “play”, so no action this month.
Conclusions
February has been gentle, some panic driven sales allowed me to rack some profit with options but generally it’s a difficult market to enter right now. It seems that everyone is on their toes waiting for a massive shock to hit, hence all negative reports (see Target at the end of February) are amplified by the market with very steep sales and equally rapid growths. Need to start studying the bond market as I believe that some opportunities are coming up at the horizont.

This site uses Akismet to reduce spam. Learn how your comment data is processed.